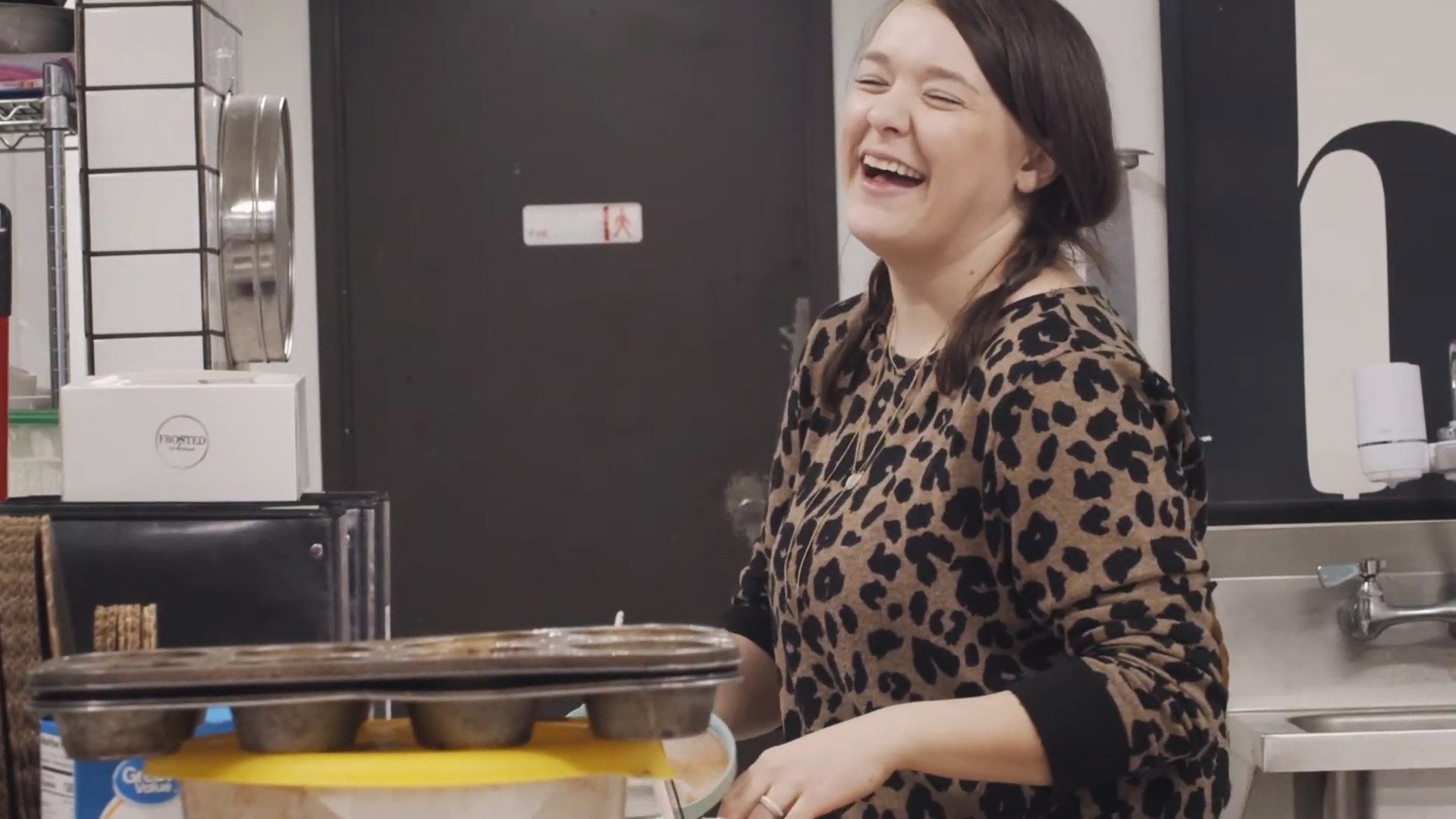 Frosted Cakerie is just a taste of Joplin’s unique flavor of entrepreneurship.

The bakery is owned and operated by Kristen Sheafer. She opened the store in the heart of downtown Joplin despite having no formal culinary experience or training. Instead, Sheafer previously worked in web design and found cake baking and decorating to be a great creative outlet when she was feeling uninspired by sitting behind a desk.

“I was making cakes out of my kitchen for fun and giving them to people,” Sheafer recalls. Her husband, Luke, suggested she start a bakeshop after making his best friend’s wedding cake. “We were sitting at the wedding reception and my husband said, ‘You just need to open your own bakery.’”

Sheafer says she laughed at the suggestion at first, but she loved the idea. After several months, however, she “decided to go for it.” She considered several locations, but ultimately chose Joplin, even though neither of them had roots in the area.

“It didn’t take much to discover why Joplin would be the best fit,” says Sheafer.“Given its location, the affordability, the significant growth potential, and the enthusiastically supportive community, the decision to settle in and start a business here seemed like an easy choice.”

Frosted opened in the spring of 2016, almost a year after the couple’s initial conversation.

Now, the bakeshop is one of Joplin’s not-so-hidden gems and operates on a special-order basis, meaning their main focus is making items for special events, like weddings or birthday parties.

“This allows us to offer unique and creative items for customers because we have taken the time to communicate with them and allowed them to be part of the process,” explains Sheafer.

Walk-In Wednesdays are the exception to the specialty order system. They offer a chance for the public to purchase desserts without an order. The community’s favorites include fresh-glazed lemon cookies, espresso-glazed snickerdoodles, and sea salt chocolate chip cookies.

Between walk-ins, Kristen keeps her customers sated on social media with photos and videos of upcoming menu items and completed specialty orders. Frosted’s Instagram and Facebook feature photos of everything from shimmering cupcakes to buttercream cakes blooming with frosted succulents. The response has been overwhelmingly positive.

“Joplin has a tight-knit community that is eager to support local businesses,” says Sheafer.

This is something she can personally attest to, since Frosted’s opening was aided by a Kickstarter campaign that the Joplin community supported wholeheartedly. By the end of the campaign, Frosted Cakerie was funded 112%. For Sheafer, a supportive community is one of the things that makes doing business in Joplin that much more special.

“Joplin is the perfect mix of small town and big city. It has its challenges like any city,” she admits. “But doing small things can have a big impact. One business can inspire another, and before you know it, you have a block of new businesses supporting one another.”

< Back to blog posts